Crazy Sells – The Marketing of Tomorrow

I’ve been developing a social media content strategy as I continue to navigate the self-employed life. “Crazy sells” is the name of the game as I take notes on how other successful accounts operate. The term, of course, is a harkening to past terms.

As such, I’ve been curious about the term ‘sex sells’ because it seems antiquated to me. It seemed to be most prevalent in the ’80s and ’90s, but I wouldn’t know how to quantify that claim. Either way, the marketing ethos in my mind is this:

After reading an article by Alessandra Lichtenfeld, something in my brain clicked. It occurs to me that perhaps my model better applies to content strategy for media and entertainment companies. In all cases, there is a biological response. Sex sells because in the ’80s-’90s it was becoming more socially acceptable. Yet, it was controversial enough that prudes would criticize and therefor advertise for free.

Starting around the 2000s, mainstream journalism began to utilize fear as their content strategy. I can assume it was likely after seeing the enormous gains in viewership after the terrorist attacks of 9/11. Correlating that theory with the uptick in mass shootings at schools, it was a no-brainer to shift the emotional narrative. Fast forward ten years. Alternate news media began to adopt this strategy and optimize it. All they needed to do was simply use false and/or absurd information (such as InfoWars and that ilk).

The mainstream adoption of ‘crazy sells’

A manifestation of that optimizing fear-based content was a new kind of content strategy — crazy. Today, the trend of crazy content continues to become more mainstream and socially accepted. Alex Jones proved the ‘crazy sells’ model with the shocking quantity of viewers and fans he acquired. Donald Trump made the model mainstream in an even more shocking election victory. Now, the rest of the opportunists are catching up with the trend in their everyday content strategy. The most recent example being Andrew Tate with his algorithmically optimized buffoonery.

I am schizophrenic myself, and an entrepreneur with a couple of projects tied to my illness. I am very often tempted with utilizing this content strategy for myself. After all, who better to claim such a thing than someone with the doctor-verified credentials to do so?

Thus far, I refused to do this because heavily intertwined with ‘crazy’ is misinformation. As mentioned in an earlier post, I was constantly solicited to make false claims with my Curious Markings project. Why not? It’s easily on-brand and if I didn’t tell outright lies, what’s the big deal? So I tried it out. But I measured it like a scientist would. I could not and would not move forward. The data doesn’t lie. After seeing the results of my sample pool of about 300 users, it was clear I would just be grifting.

Finally waking up from our fear

Rewinding back to the ‘sex sells’ strategy, I recall it falling out of vogue as it became more fake. Fake boobs, fake lips, fake love. As a western society, it got boring and superficial beyond what it already was to begin with.

Now, we have been blessed with the misinformation tidal wave following Trump’s election and the COVID-19 Pandemic. We’ve all had some decent time to think about all of this during quarantine and came to a bipartisan conclusion. Fear is as out of vogue as sex. We all know that it exists, we all know it is making our society decadent and dysfunctional. We all want it to go away.

But, marketers being hungry as ever for attention, something has to take fear’s place. Crazy is on the fast track to claiming the throne. I say this with as little pessimism as possible, but I believe it is inevitable. The voice of reason will continue to be drowned out. That is unless the reasonable among us can begin formulating ways of utilizing this tactic for truth and justice.

So now, I have come full circle. My conclusion as I am formulating my way forward: I am using my crazy in marketing once and for all. Except this time, I don’t need to tell lies or mystic half-truths. 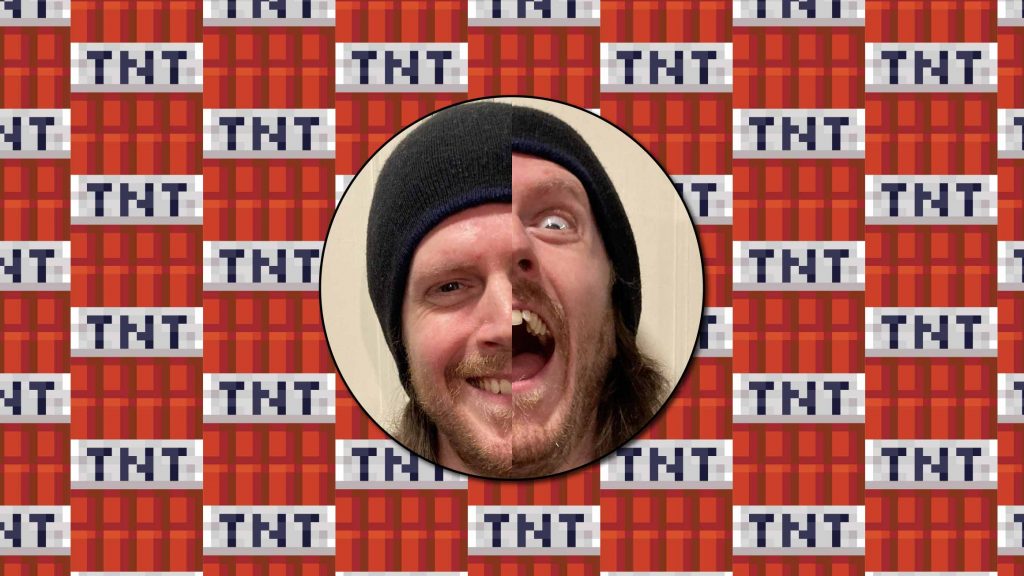