How Lifting (Again) Reduced Many of My Health Problems

First off, I am not terribly familiar with medical terminology, nor am I a doctor or anywhere close to the field of medicine. This post is basically just an exhaustive list of health problems that went away or made less severe from getting back into weightlifting after switching medications away from traditional pharmaceutical antipsychotics. Everyone knows exercise is a good thing. Maybe this list will help motivate you with my specific examples.

I am better able to document the positive health effects of lifting weights thanks to the medication changes increasing my ability for sensory observation and processing. I don’t know exactly how this improved sensory experience came to be, but I suspect it is a combination of my new medication on top of my rigorous pursuit of spiritual development and prioritizing my health above all else in my life.

Back when I was taking a different medication, it caused severe jaw clenching that caused permanent damage. From this damage, my jaw began popping at seemingly indiscernible times. Over time, I began to learn the popping became more frequent during periods of high stress. This likely ties into my bad posture from being a technology worker, which causes shoulder problems. These shoulder problems, when most severe can also cause tension in my jaw area. This jaw popping can be a precursor warning that a migraine is coming due to shoulder strain.

Speaking of shoulder pain, lifting weights, I suspect, put my posture in better alignment. As a result, the cause of my pain is reduced and makes my day-to-day less filled with pain. I am more productive, present, and engaged, which will of course inevitably make myself and everyone around me happier.

Eczema in the face is less severe

I’ve always had issues with eczema, but prior to lifting again, it was getting worse to the point of great concern. As I began lifting more, it became much less severe. In combination with more regular bathing using Head & Shoulders shampoo, my eczema tends only to flare up when I forget to shower for 3-4 days at a time.

Time and time again, I am finding that my ability to exist in this world is intimately tied to the frequency with which I move my body in large busts of energy. Obviously lifting weights is the best way I’ve found to do this. The less I do this, the harder it is for me to be productive and doing the work that I want and need to do.

My enjoyment of work is often hindered by what the work is. The worst work I do is centered around “keeping up” or worse, “catching up.” When it comes to fulfilling work, I absolutely hate living in the present or the past. My fulfillment comes from work focused on the future. When I am stressed and feeling left behind in the world, doing work that ‘catches me up’ is defeating and does not build resilience. If anything, it chips away at it.

Lifting weights builds my resilience against this. As I work through the “keeping/catching up” backlog from this built up resilience, I can get myself back into building the future. As a result, my ability and motivation to work more often and be more productive ends up skyrocketing. This brings me back to myself at my best. Fulfilled and optimistic about the future, regardless of external forces in many cases, or even internal forces in some cases.

My Openness to Spirituality Returned

Like many jobs, especially engineering and creative ones, is the resilience to solve unexpected problems as they come up. For me, I had a huge gap in time where I wasn’t coding because of my shift into a more managerial role when I was scaling (now scaled back) my web agency.

As I was getting back into coding before I began lifting again, I was crushed under the weight of the lack of resilience I had. Even doing a simple environment setup was a harrowing experience. It took over 4 months to simply update my compliance with the Google Play and Apple App stores. After returning to lifting regularly, all of these things now seem trivial once again.

One thing I began to notice as I stopped lifting as much was how weak my grip strength was. I think this may be true for many men, but I find we tend to have a strong tie from our masculinity to our grip strength. There are many cultural associations, such as having a ‘firm handshake’ or comments about ‘strong hands.’ As a result, a weaker grip strength has a lot of subtle questions and self-talk about ones confidence and place in the world as a man.

On top of all that, I’ve had prior injuries. One from snowboarding and another from repetitive strain working in retail and subsequently in technology. After lifting once again, my hands and wrists feel much stronger. The typical strain and pain have gone away, and again, overall quality of life has improved in so many subtle ways because of this.

This one might sound a bit weird, but any retail employee will likely have noted this observation. Trying to flip pages in a chequebook or split open a grocery bag from its boxed state can be a real pain if you have dry fingers. My entire retail career, I was blessed to have fingers that seemed to have enough moisture (without being a sweaty-palmed weirdo) that it was never a problem for me. For my colleagues, though, they had to rely on a wet sponge at the register.

As I reached my 30s and was lifting far less as I prioritized work and career at the cost of my health, I began to have the same problem. As I began lifting again, the moisture in my fingers returned. For some reason, even just being able to change the kitchen trash bin makes life so much easier for me. I’m laughing right now at how silly it sounds, but there you have it. 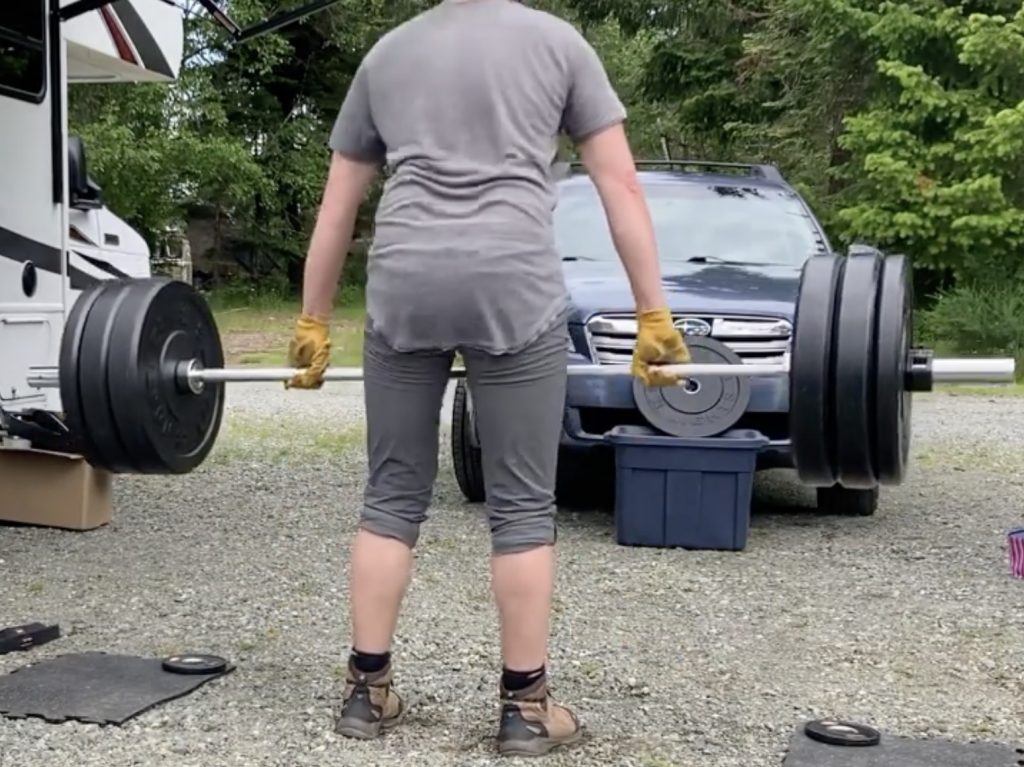