How Schizo Meds Made Me A Soyboy

From the age of 17 to the age of 34 I took antipsychotic medication to treat my schizophrenia. These medications include risperidone, Zyprexa, paliperidone, and lithium (and/or their generic equivalents). This post is essentially what worked and what didn’t.

One of my first blog posts (and to this day, still my most popular), is about how I began weightlifting on a ketogenic(esque) diet. It loosely talked about the beneficial side effects it had on general mental health as well. I was headed in the right direction, but I was still taking medications that worked against this.

Hold on, Ian, what the fuck is a soyboy

I don’t exactly know, honestly. It’s one of those words I hear/see from all these kids when I play Minecraft (complete tangent + shameless self-promo: sign up to Enderbook!). It’s a meme, I guess. All I know is that eating a ton of soy can increase estrogen levels. When the body has too much estrogen, it burns up testosterone to create homeostasis. This is, of course, a gross oversimplification. But it’s all I’ve got for you in the science department. I’m just sharing what is happening with my body.

My point is, much like vegan men who overcompensate their protein intake with soy, I unknowingly made my estrogen levels unacceptably high. In this post, I am going to observe which medications did this. I will also detail how increased estrogen and the medications caused uncomfortable, embarrassing side effects.

I will also detail why, when taking all of this into account, I believe these medications are not good for you. But, at the end of the day, I think it’s better to be a soyboy than a lunatic. So, there’s also that. Pragmatism is a good thing, especially in the early stages of navigating schizophrenia.

Lithium didn’t work for me

The lithium was not an appropriate prescription for my illness. I was pressured into taking it by a psychiatrist I stopped going to after an ER visit related to intense suicide ideation. Looking back, that ~30 days probably would have been suitable grounds for a malpractice lawsuit. Said lawsuit probably would have done more damage than any of these meds could have. Courts benefit lawyers, not mistreated schizophrenic people.

Palidperidone didn’t work for me

I will not be talking about paliperidone much either. Taking it for 30-60 days led to discontinuation after I was suffering from jaw clenching. I later learned that jaw clenching in that time caused permanent damage. This damage contributes to my vulnerability to migraine headaches. The cracking sounds it makes also makes my partner uncomfortable when we are cuddling in bed.

Zyprexa/olanzapine didn’t work for me

I took Olanzapine for close to ten cumulative years. It was a ‘good enough’ solution for treating the psychotic symptoms that I suffered from. Mental health stigma seems to have hindered the pace at which we should have learned that it didn’t work for me. In recent years, I have come to learn that I lie to myself. I do this as a coping mechanism. It helps me hide truths about myself that allow me to blend into society easier.

The reason I bring this up is that until temporarily switching to lithium, I did not realize that I had suicide ideation the entire time I was on olanzapine. Weirdly enough, taking lithium made me realize what a lousy job olanzapine did. Another big problem I encountered with olanzapine was that I could not wake up without an alarm. Even with an alarm, waking up was agonizing because of how tired I was. If I didn’t set my alarm, it would make me sleep for 18 to 24 hours at a time.

I was literally missing out on life because of how much I slept or was unable to participate in it due to drowsiness. I love metal/goth/cyberpunk music. But, I always had a particular distaste for its stigmatizing anti-pharmaceutical stance it had on drugs for mental illness. In retrospect, however, I’m beginning to think they were right. As Otep says in Noose and Nail:

It should be noted that I no longer struggle with insomnia a few months after switching my ‘medication’ to CBD cannabis oil (more details at the end of the post). Regarding sedation and insomnia (or as I call it, relentless waking), here are some management posts I wrote:

Risperidone didn’t work for me

I suspect many medications had an adverse effect on my hormonal system. But, risperidone had the privilege of being the medication that was taken when I became more aware of my body. Right before I stopped taking it, I struggled with numerous issues:

CBD Oil worked for me.

All of the above symptoms went away over time (outside of the cysts that are just sitting there for god-knows how long). Better yet, my psychotic symptoms seem to be handled way better by CBD oil than any pharmaceuticals I’ve taken before. The science on whether CBD oil helps schizophrenic people or not is pretty shaky.

But, I was sick of what all of these meds were doing to me. I also have a ton of experience and success in managing my mental illness. I decided to take a calculated risk and make myself a human guinea pig. People have been asking me for a while now what I was taking, but I didn’t feel comfortable sharing until after I had a year’s worth of data for myself.

Coincidentally, I wrote this post after seeing my cousin Jack on Instagram. His body is a stack of bricks, and I am in love with his pursuit and maintenance of a muscular, masculine, fit body. I made a vague comment about estrogen and figured he may ask. So I decided to write this post.

Coincidentally enough, yesterday marked the one-year anniversary of finding success with CBD oil as my schizophrenia medication. If you are schizophrenic, I must disclaim that I do not know if CBD oil will work for you. You’ll need to talk to your doctor about that. I am simply sharing my own story of navigating my health.

PrevPreviousFollow us on social media!
NextQuotes As If I’m Relevant #1Next 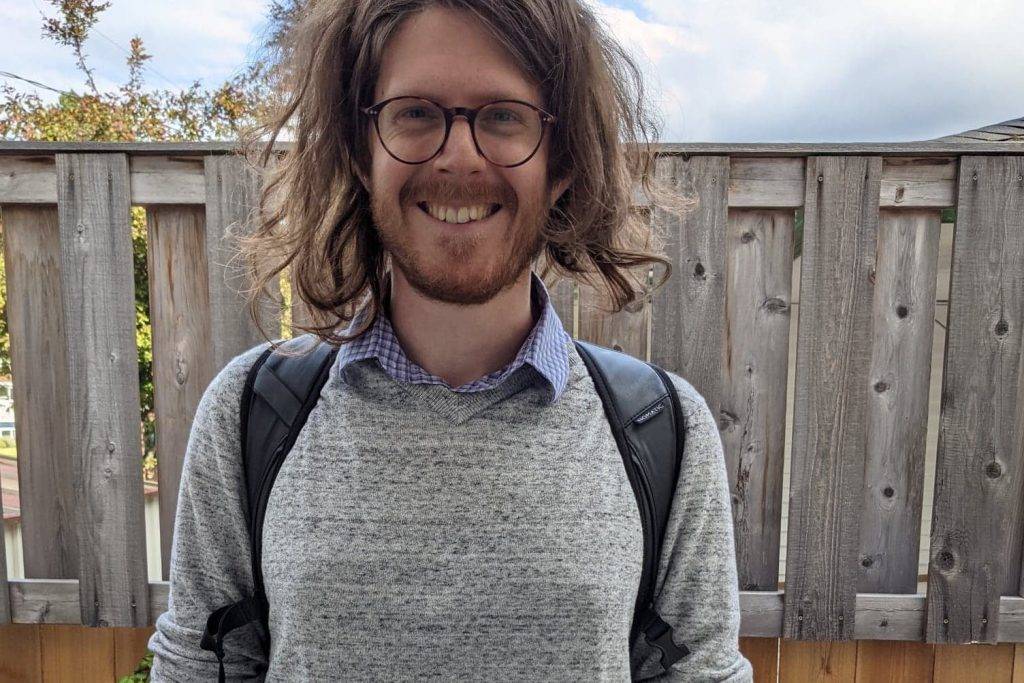