How I Experience Excessive Agitation

The positive symptom I’ll be talking about in this post is agitation or irritability. I could be wrong, but I feel like agitation is a symptom of all the other symptoms. Sort of like how an animal in pain can be much more hostile than usual. If you’re continually experiencing unpleasantness throughout the day, you’re bound to be irritated by even the slightest of offenses in your daily life.

When I was in my teenage and pre-teen years, this symptom was much more common. Now that I think about it, it may be just as prevalent today, but in my years of experience with this illness, I have managed to hide my agitation more easily. When I was a teenager, I would usually take my anger out on inanimate objects or more seldom, on myself. Eventually, I began to shift my expression of my agitation from violence toward inanimate objects to merely withdrawing myself from the situation. It’s probably not an ideal solution, as it can seem rather strange for a person to avoid another person just because that other person breathes “too loud” for the person to tolerate. I think there were two “tipping points” that had led me to this.

The first time was when I was in junior high school. I was starting to compete in badminton, and I was doing pretty well. However, after the first day of try-outs, I had become agitated with something minuscule and had punched the stairs. I had hit the stairs so hard that I severely bruised my hand, to the point where it became unbearably painful to use a badminton racket. The second time is when my sister had made a joke that I didn’t find very funny, and to let out my frustration, I had punched the cabinet in my kitchen, which left a pretty big hole in it. I had to pay to replace it, which, as a teenager, left me with no money to spend on video games.

So while I do still suffer from agitation, I spend a great deal of mental energy diffusing the “break some shit” bomb in my head. Generally having other people present has a calming effect on me in that regard, so if I ever do lash out on some inanimate object, it’s always when I’m alone.

Oh, I have a fun fact for you. After doing a little research, trying to figure out which symptoms I would elaborate on, I finally found out why positive symptoms and negative symptoms have their respective names. The term positive is used because of the symptoms “adding on” to my usual experience. So for example, hallucinations add on to my perception of reality. Agitation adds on to my normal disposition whereas negative symptoms will “subtract” from how I experience things. The only negative symptom I have mentioned so far is a lack of drive, which is still an example because it essentially means that very often my motivation is subtracted from my daily going on in life.

Like any group of people, whether it be hippies, businesspeople, college students, whatever group you can think of, there will always be a small portion of that group that is prone to violence. Schizophrenic people are no different. Unfortunately, because schizophrenia can be such a debilitating disease, you never hear about accomplished schizophrenic people. You only hear about the ones who have severe delusions and hallucinations and are prone to violence, resulting in a brutal murder that gets mass media coverage. It’s usually a bizarre story, and stuff like that sells. While it is gruesome and tragic, coverage like this only sets back education and understanding of the illness.

I have a friend named Gavin. I remember when I told Gavin’s mother that I was schizophrenic, she jokingly said to Gavin, “Quick, hide the knives!”. While it was just a joke, it does indeed speak volumes about the overall misunderstanding of the illness to the majority of people. 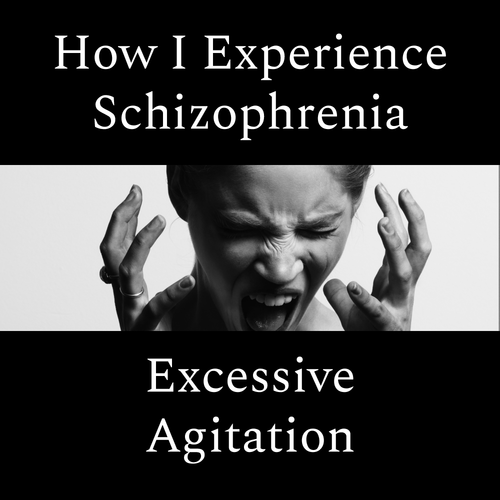