What are the meaning of the markings?

Attached to each marking is a title (in the unknown language), a subtitle (in English), a description, and a story. The description is my attempt of deciphering the meaning behind the marking. The story is a way for everyone to participate in its translation through the mobile game. I’ll talk more about the game shortly. With the Curious Markings project, I’ve attempted to make every aspect adhere to one of these four words: Empower. Create. Document. Share.

What was involved with this project?

Over the course of the project beginning in early January until now, about 100 pages of process work have been written. This process work explores a multitude of ideas; some followed through with, some not. The explore my symptoms and how I’ve experienced them throughout my life, and discuss how to turn Curious Markings into a viable, marketable business. Here are some sample pages:

The markings are seemingly endless. I can always see them, and I can always create more by simply putting pen to paper. Each marking starts with a thumbnail. In the beginning, I created a vectorized version of the marking, but I later opted to skip this step because the shapes didn’t hold true to the style I was going for. Then, I carved linoleum stamps of the markings (pictured below).

Then, I would use the lino stamp on white printmaking paper. These prints ended up being included in my product line. I then do a 7200 DPI resolution scan on the print saved as a PDF. This PDF would then be transformed in Adobe Illustrator with an object image trace. Any white parts of the image are removed, leaving me with a somewhat vectorized marking identical to what the prints look like. These vectors are resized and exported in various formats for the website and mobile game.

Ever since my previous project, Stridr, I had been formulating ways to effectively use my knowledge of social media APIs. I decided to utilize the mysterious nature of the markings and Tumblr/Twitter’s tagging system by attaching keywords to each marking. These keywords would be searched for on these platforms, and an algorithm part of my application would generate a mysterious message with an image of one of my markings. Each message would have a call to action, leading to the landing page where the user can learn more and sign up.

The Instagram account is part of an ongoing social media campaign that seeks to explore nature, words, and to showcase the markings and sneak peaks into the Curious Markings world. The post sequence is a repeating sequence of: photo of marking print > photo of nature > exclusive look at cMc activities > photo of poetry/words on paper (written by me).

The Curious Markings mobile game creates an interactive experience out of the curious markings. I believe there is more to these markings than just me, and I have attempted to craft a way for this to be a communal effort.

In the camera view, you can photograph the area surrounding the marking. This creates an online visual history of the marking. Perhaps with a rich enough history, we can interpret further meaning in the markings.

The packaging was meant to give a hand-made, old-timey feel with a degree of mystery as to what could be inside. Wrapped in kraft paper, bound by twine, sealed with wax imprinted by the cMc logo, I attempted to make this beautiful, simple, and easily reproducible.

Who made all of this?

Everything was conceived, designed, developed, etc. by me with the following exceptions:

cMc is completely catered to my strengths and what fulfills me in my work. As such, I will continue focusing my efforts on enhancing the experience of the mobile game, and to continue making new markings (2 or 3 every month). My immediate plans for the mobile game are features that simulate my psychotic experiences (auditory and visual hallucinations), and an offline mode option so that markings may be placed and collected offline.

PrevPreviousWhat is having delusions like?
Next4 Reasons Schizophrenic Men Should Be BodybuildersNext 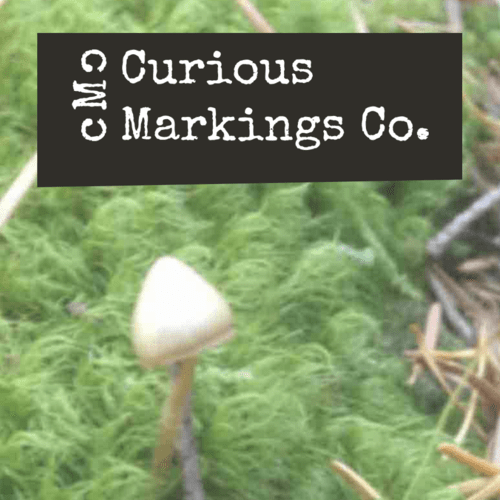 If You Struggle with Disability and Are an Entrepreneur…

I would recommend subscribing to my newsletter for more posts. Unlike many entrepreneurs, I balance my learnings and way of doing things with the fact that a large portion of my time is spent managing my disability.